WeWork and J.Crew joined forces to create a unique campaign by casting WeWork members to be the face of J.Crew’s new spring collection. The digital editorial campaign was brought to life by hosting pop-ups and a panel series in San Francisco, New York, Atlanta and Philadelphia, our member’s home cities, in partnership with LinkedIn.

WeWork’s global community represents every industry and connects people from all different backgrounds. There is a vibrant and eclectic energy in our community, which is echoed in J.Crew’s embrace of diversity and authenticity. WeWork members span every industry - whatever their approach to work is, WeWork is their platform, and whatever their style is, J.Crew has an outfit that will help to inspire them to be the most successful and fulfilled version of themselves.

Identified members from various locations and backgrounds whose companies were doing something positive for their communities. J.Crew utilized our spaces to shoot the campaign images.

Hosted J.Crew pop-ups in our spaces to provide our members with an exclusive discount and premium LinkedIn membership with purchase. A portion of the proceeds was donated to WeWork non-profit members.

Partnered with LinkedIn to host conversations aimed at inspiring the next generation of entrepreneurs and goal-getters and discussed what success means to professionals today and what they are in it for and do what they do. 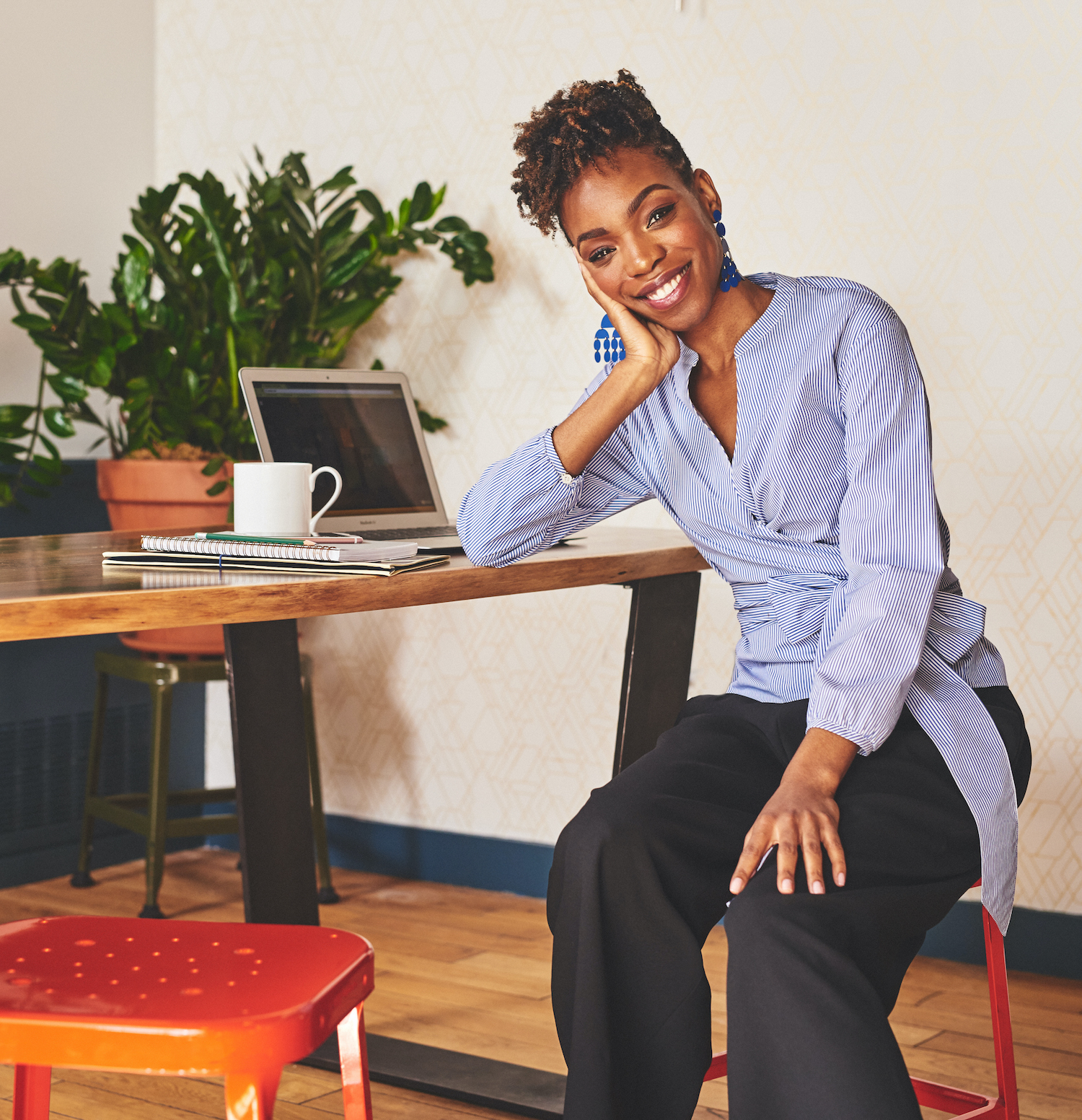 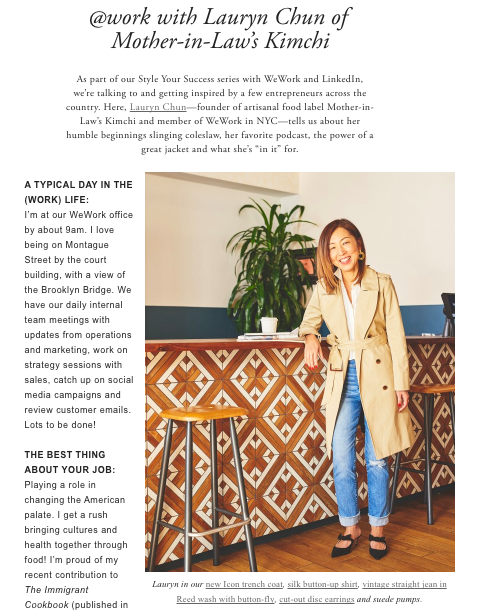 Rent the Runway teamed up with WeWork to put clothing drop-off boxes in 15 WeWork locations across the U.S. The goal was to help customers more conveniently return and reorder new clothing. To raise awareness for the partnership, we created a digital campaign and event series for our members and potential RTR subscribers.

WeWork and Rent the Runway are joining forces on a national level to help meet the needs of the modern working professional and shopper. By implementing Rent the Runway’s platform into WeWork locations in multiple cities, we are helping to provide a physical and technological solution for our members and RTR subscribers to find the clothes they need for work and play.

Rent the Runway and its solution for the future of retail marry physical products with technology, just as WeWork has done with its vision of the modern workplace. In plugging into WeWork’s community, RTR will leverage our strategic national real estate footprint and strong membership culture. We are providing the unique ability to rapidly scale a new national network of convenient drop-off locations to better serve existing RTR subscribers and make the product more attractive to new subscribers.

Rent the Runway has revolutionized the shopping and fashion experience in a way that aligns with WeWork’s core values. Our members are entrepreneurial, ambitious, inspired, but also extremely busy. We are constantly searching for ways to increase their productivity and amplify the services they have access to. Moreover, we are proud of and excited by the diversity and self-expression that exists across our entire community, and we constantly seek to be supportive of this, particularly through fashion and with female entrepreneurs.

Identified members from each market (Los Angeles, San Francisco, Miami, New York City, Chicago, Washington DC) to be cast as a model for the digital campaign.

Hosted over 150 guests at our kick-off event featuring a fireside chat with Artie Minson and Jenn Hyman. Including editors from Moneyish, Mashable, Guest of a Guest, TimeOut and Tastemade in attendance. All guests were given promo codes for a complimentary month of RTR Unlimited subscription.

Hosted various events in each market pegged to cultural moments such as Art Basel to continue buzz and awareness for the partnership. 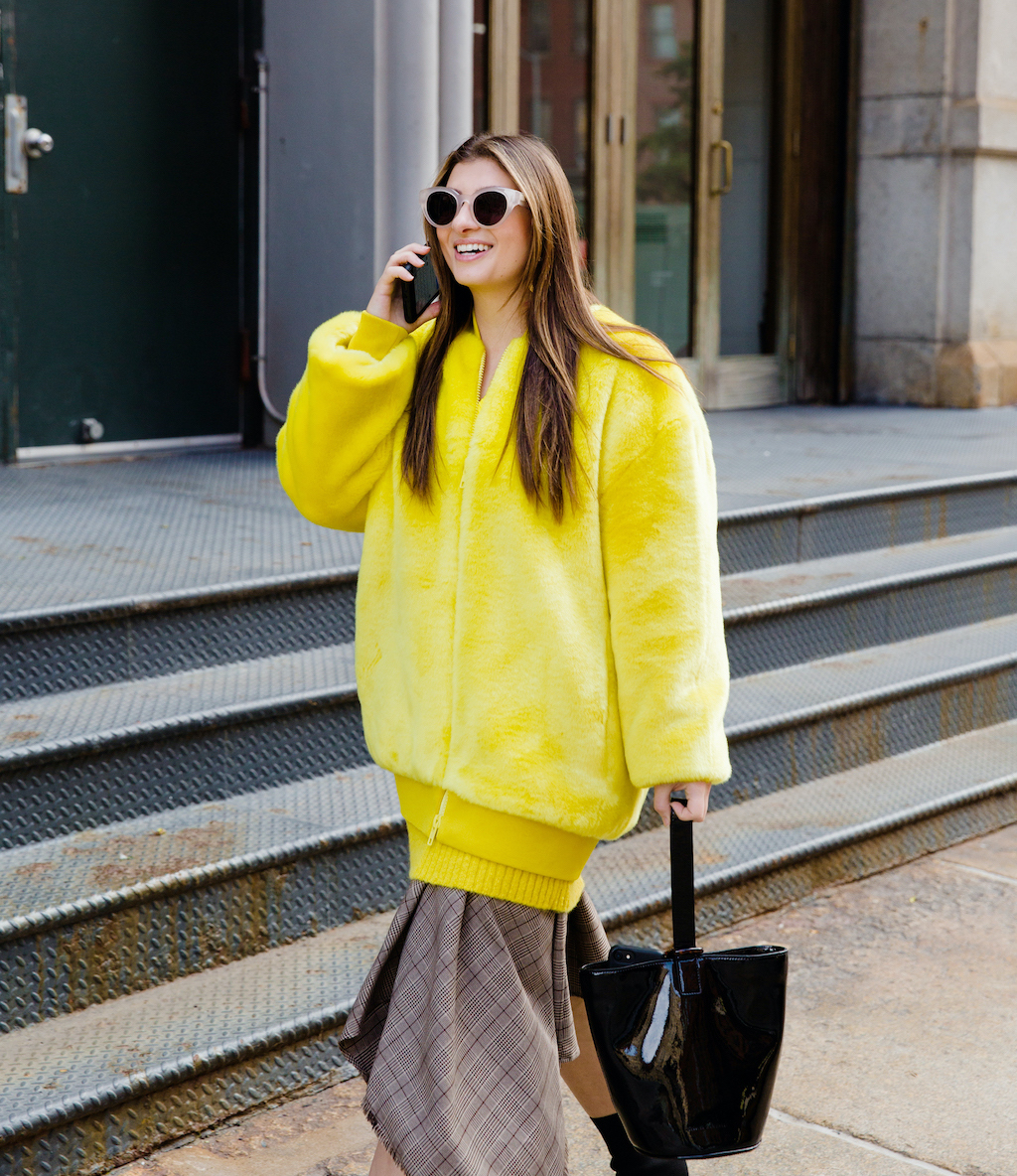 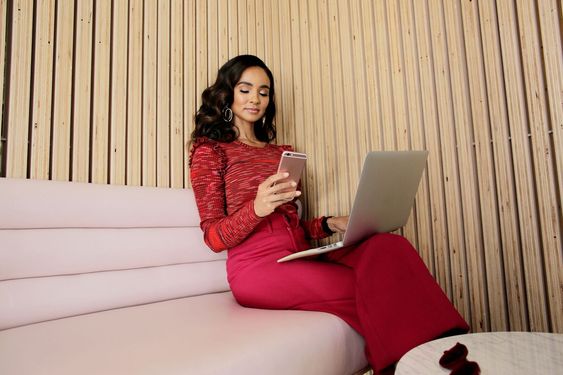